How We Stop Bleeding
& Sensitive Gums

After you finish brushing and flossing your teeth, do you always see pink in the sink? Minor gum bleeding could be the early sign of an infection called periodontal disease, which if left alone, is guaranteed to lead to tooth loss! Rather than waiting for this to inevitably happen, you can get gentle and effective treatment with Dr. Kramer. Periodontal disease is relatively easy to handle when caught early, so don’t delay in giving us a call if you experience any issues with your gums! We offer effective periodontal therapy in Selbyville, DE.

Periodontal disease is primarily caused by bacteria found in plaque and tartar that has built up on the roots of the teeth near the gum line. To remove it, we first use a small scaler to clear away the substances, and then the roots of the teeth are smoothed out (which is called root planing). This enables the gums to heal quicker and also prevents plaque and tartar from gathering around the gums in the future.

After your periodontal cleaning, Dr. Kramer may choose to place what is called a PerioChip in the space between certain teeth and the gums. While the chips themselves are extremely small, they contain a very powerful medicine that is able to reach and eliminate any bacteria left after scaling. Once the chip is positioned within the mouth, it will start dissolving and dispersing the medicine, so a patient doesn’t have to do anything to enjoy the benefits! 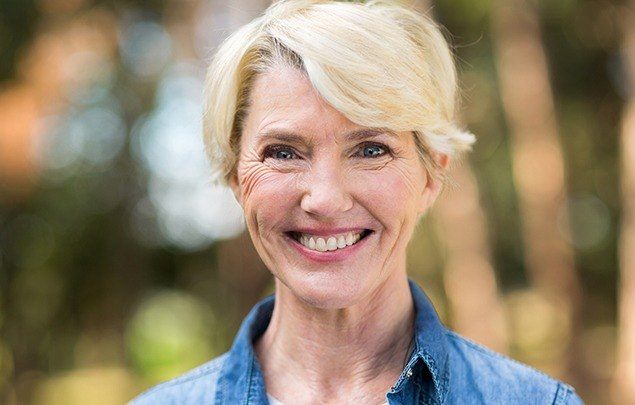 For some, advanced gum disease can create structural concerns. When existing teeth are no longer able to support themselves and a long span bridge is needed to replace the missing teeth, we can create a precise fitting bridge to be the support and to allow for proper alignment, as well as the ability to chew evenly. This works well when implants are not an option to replace missing teeth and when some teeth are still remaining. For patients with a few missing teeth caused by periodontal disease, one of the greatest barriers preventing them from getting dental implants as a replacement is the lack of needed bone structure. Telescopic coping bridges are able to work around this problem so patients with inadequate bone can restore their teeth without the need of a bone graft.

Ask Us How We Can
Improve Your Smile